Rare-earth permanent magnet industry in-depth report: the swan spreads its wings, the will in a million miles

The supply pattern of high end NdFeB is relatively stable due to the restriction of export patent, meanwhile, Chinese enterprises have the advantage of rare earth raw material cost and more sufficient capacity reserve, so they will benefit more from the dividend brought by the rapid growth of high end NdFeB demand and expand the global market share in the future.

Traditional demand is bottoming out, wind power and air conditioner are the highlights

The traditional demand of high-end NdFeB suffered from the impact of 2011 rare earth price surge, and the consumption declined in 2012 (-10%), but it has bottomed out and returned to positive growth in 13 (1%). In the future, from the perspective of downstream applications, except for hard disk VCM, the demand of other fields will grow steadily, among which, the accelerated recovery of wind power demand and the restart of inverter air conditioner demand need special attention, and the overall traditional demand of high performance NdFeB will rise steadily.

The industry pattern will be divided into "two or eight", the strongest will be stronger

We believe that the low-end NdFeB products will face fierce competition due to overcapacity and slowdown of demand growth; while the high-end field will benefit from the development of emerging industries and the demand will keep growing rapidly; meanwhile, due to patent protection, 11 companies will share more than 60% of the industry output value in the future. Industry pattern will appear "two or eight" differentiation, profits to the high-end areas of concentration, the advantages of leading enterprises more obvious. We recommend the leading companies to benefit from the reversal of wind power demand and expand the overseas market through the new patent; secondly, due to the expiration of MQ magnetic powder patent, the bonded NdFeB is expected to replace ferrite in the field of automobile and air conditioner through the advantage of cost performance, Galaxy magnet is recommended; meanwhile, we can pay attention to Ningbo Yunsheng and Zhongke Sanhuan. 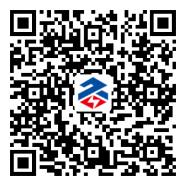